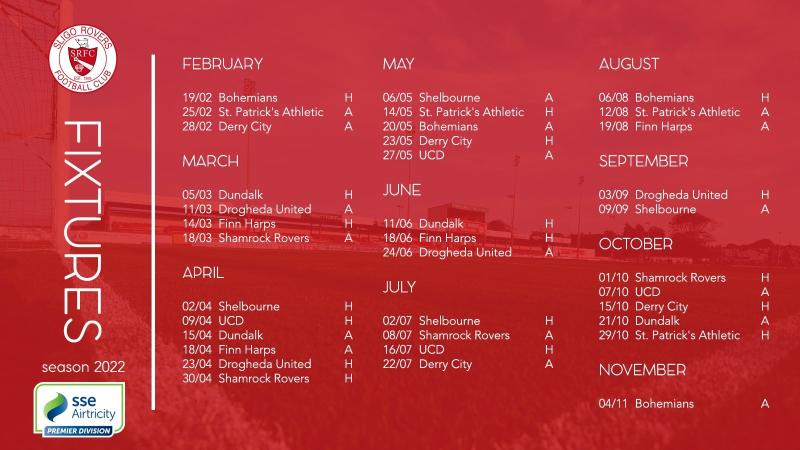 Sligo Rovers will begin the new SSE Airtricity Premier Division season at home to Bohemians on Saturday 19 February 19, with their first away trip a week later against St Patrick's Athletic.

The Bit O’Red host the Gypsies for the first fixture of the 2022 season as they seek to consolidate their third place finish from last year's campaign. The matches with Derry City and Finn Harps are the midweek rounds in the new league year.

Season tickets for the 2022 season are currently on sale and can be purchased through the following LINK.

This season there will be no fixtures during the international windows in March and September while Monday night fixtures will be played on February 28, March 14, April 18 and May 23.

The league will finish on 4 November also against Bohemians with the Extra.ie FAI Cup Final is scheduled for Sunday, November 13.

All SSE Airtricity Premier Division games will be broadcast live across traditional outlets and LOITV next season with details to be announced early in the new year. All fixtures are subject to clubs meeting the licencing criteria to participate in the League of Ireland. 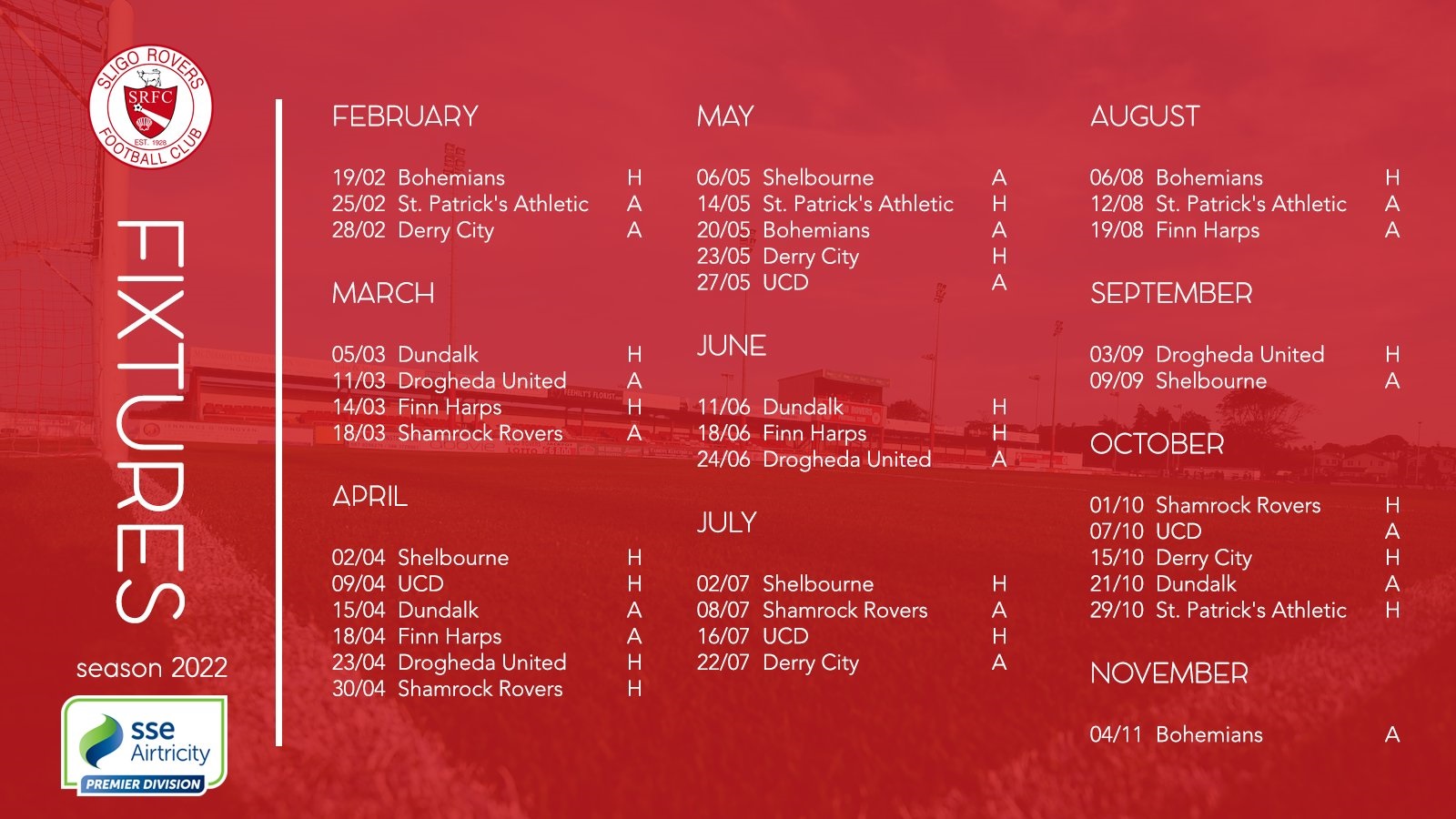