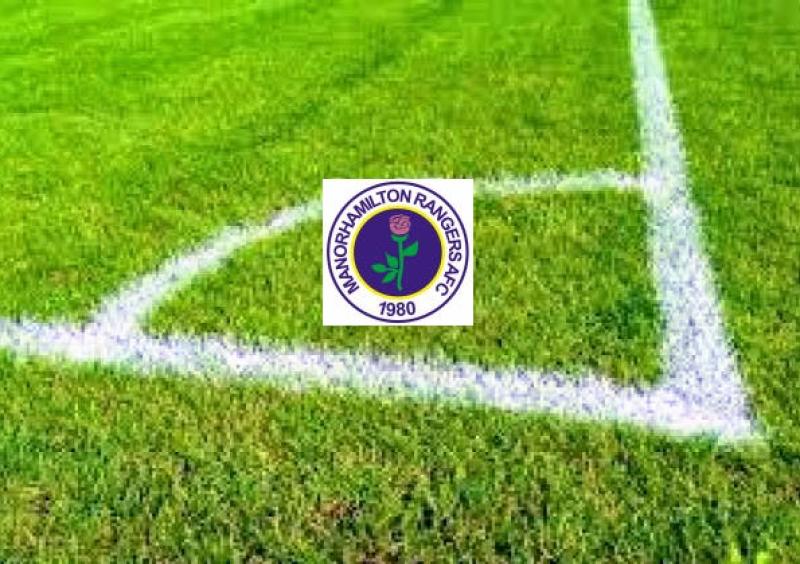 The construction of a new dressing room, toilet facilities and disabled facilities at Manorhamilton’s astro pitch facilities will not go ahead after the North Leitrim Community Amenity Association announced that they would be unable to avail of over €77,000 in funding allocated to them for the project.

The news came at the recent AGM of Manorhamilton Rangers AFC when NLCAA chairman Dave Cummins told the meeting that the group were announcing, with great frustration and disappointment, that "it is an absolute travesty to lose it due to lack of available funds or means to acquire funds towards this new development" that they would be unable to avail of the €77,500 allocated to them under the Sports Capital Programme in 2018.

The impact of Covid and rising construction costs meant the voluntary groups all over the country were finding it impossible to proceed with projects for which they had been allocated substantial funding and Mr Cummins called on the Minister to revisit the way such projects are funded.

Mr Cummins told the meeting that the NLCAA had been quoted a price of €164,000 to complete the development but the costs had now risen to over €210,000, which had led “a large shortfall which our voluntary Association are unable to meet. This will lead to us being unable to draw down the allocation and losing same.”

Manorhamilton Rangers AFC Chairman Hugo Clancy expressed his huge disappointment, commenting “As a club with over 300 members, which is the main user of the facilities provided by the N.L.C.A.A this has come as a hammer blow. Young players partaking in sport is huge now, considering the growing problems in relation to mental health and the need for social interaction, facilities like the one provisionally allocated are a must and are paramount to keeping people involved.”

The statement in full from NLCAA is as follows:

At the recent AGM of Manorhamilton Rangers AFC, North Leitrim Community Amenity Association Chairman Dave Cummins asked to address the delegates. He expressed huge frustration and disappointment as he announced that the N.L.C.A.A., who provide training facilities for Manorhamilton Rangers and other user groups in north Leitrim, would be unable to avail of €77,500 allocated to it from the Sports capital programme in 2018 towards building a dressing room, toilets and a disabled facilities development.

Mr Cummins outlined that Covid had been a major factor with all facilities closed for large periods of time and building activities severely restricted. He stated we have been given a number of extensions to the allocation up to the end of September this year to draw down the allocation.

Unfortunately with the pandemic we have been unable to fundraise the way we normally do and therefore are unable to source match funding. The cost of building etc has also risen during this period. We had initially been quoted €164,000 to complete the development but this has now risen substantially to over €210,000 which leads a large shortfall which our voluntary association are unable to meet. This will lead to us being unable to drawdown the allocation and losing same.

Our facilities are badly lacking and presently we have no changing facilities etc. We are operating from a dilapidated cabin. This is a widely used facility by the greater north Leitrim area and a huge asset to the community. It is an absolute travesty to lose it due to lack of available funds or means to acquire funds towards this new development.

Mr Cummins further added that this scenario was being repeated up and down the country with clubs or community groups being allocated funding with huge fanfare and then unable to draw down such allocations due to costs and the completely changed landscape since the pandemic.

Mr Cummins called on the Minister to revisit the way funding is allocated. He suggested that the full cost should be allocated from central funding with the grant allocated being provided by the department whilst the balance could come in the form of an interest free loan which clubs or community groups could repay over a period ot time.

Sadly at this juncture despite the best efforts of our hard working community volunteers we are left with this situation. We have exhausted all avenues.