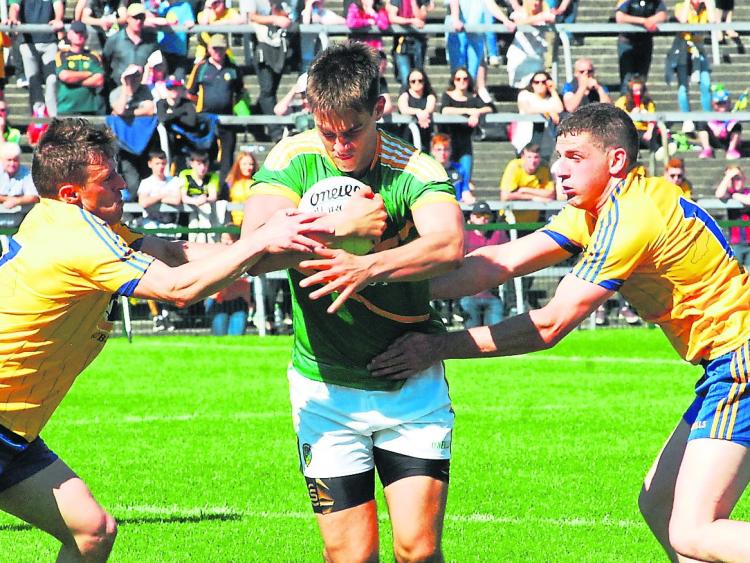 When Shane Moran walked into the Leitrim Supporters’ Club launch in Croke Park two weeks ago he looked like an elite athlete. He looked like a county footballer. It’s been a while since I immediately recognised that aesthetic in one of the Leitrim lads.

But with Moran, there was no mistaking it. He exuded health, energy, and physical conditioning: a young man and footballer in his prime. Shane has been billed as ‘the next big thing’ in Leitrim since he was owning juvenile games for Ballinamore Sean O’Heslin’s. Last season he finally came of age.

While Leitrim recorded some notable team performances on their journey to promotion from Division 4, Shane was the fulcrum around which most of them revolved. Time and again when the team needed a lift, or if it appeared a game might be swinging the way of the opposition, he took ownership and did whatever needed to be done to wrestle back momentum. He was deservedly awarded County Player of the Year for his efforts.

Read Also: After Celtic Park heroics there is no reason for Leitrim to fear rebels from Cork

How great it is to see the Ballinamore man carry that form into 2020. To maintain our Division 4 status this Leitrim team is going to have to raise their game to previously unattained standards. 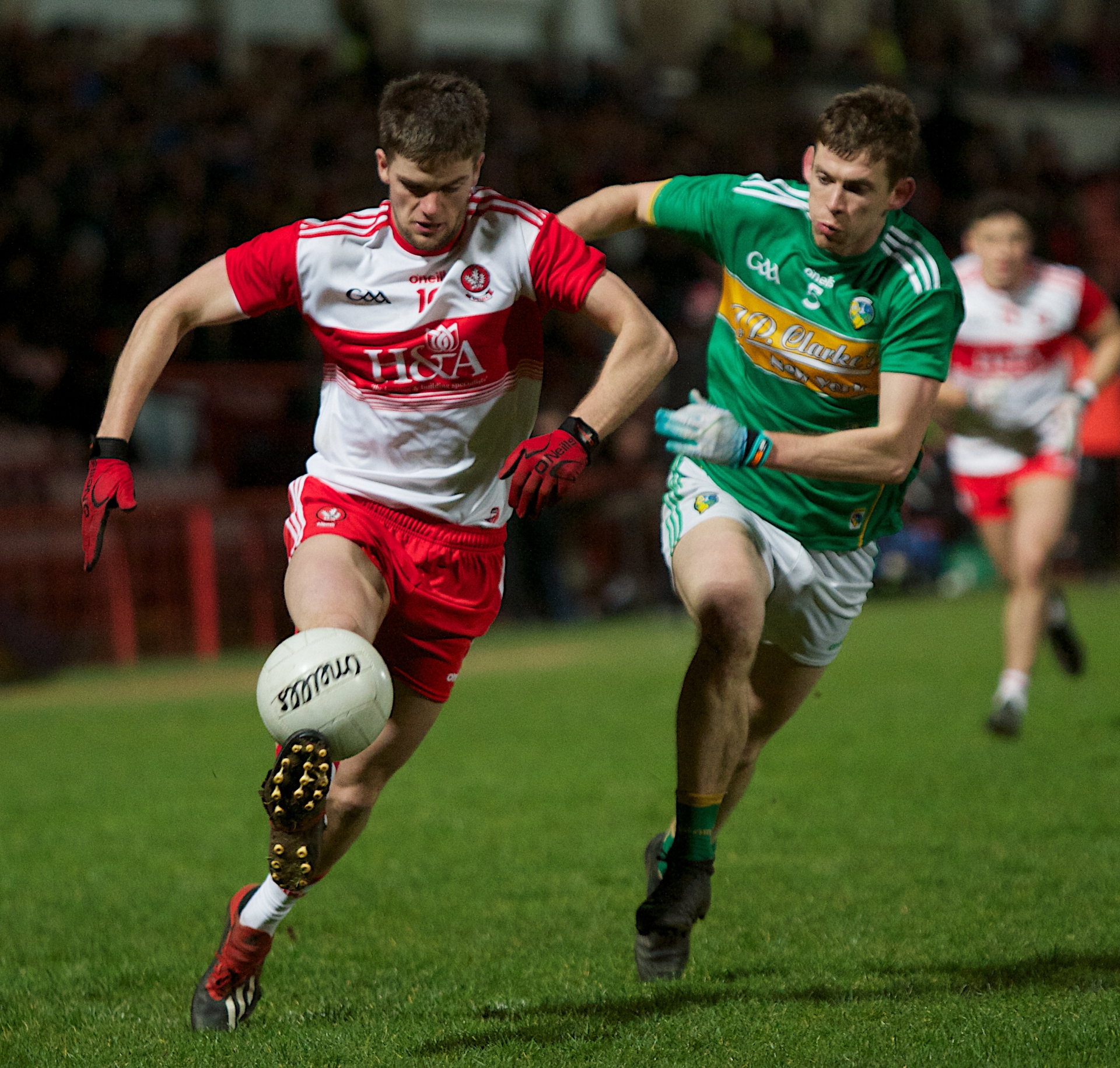 The draw with Derry suggests that is within their capabilities. Three points from a midfielder is significant and could prove the winning of any tight game. Look at the contribution of Brian Fenton for Dublin on Saturday night, the greatest footballer of the second half of the last decade and 2018 Player of the Year.

Shane has the potential to become Leitrim’s Brian Fenton and I see no reason why – with the right coaching and support – he can’t become as good as the Raheny Club man. That should be Shane’s ambition. He has the necessary attributes. But he is only one player and in this footballing era 20 players are often required if a comprehensive game plan, capable of bettering a variety of opponents, is to be developed.

Plenty of others stood up in Celtic Park too. Nine points from Keith Beirne (7 frees, 1 45) was immense. If you don’t have a dependable free-taker and a solid goalkeeper these days, there is no point in filling out the other 13 places on the team sheet.

Every point in Division 3 will count. The difference in seeing a 45 sailing over the bar (as opposed to flying wide) contributes more than just the point on the scoreboard, especially to a defence that is working overtime. It boosts confidence and self-belief. It says: ‘we have the players necessary to do this and the opposition knows it’. Keith has set himself a standard that he should seek to surpass in every game to come. I was thrilled for my Melvin Gaels club man Cillian McGloin. His cracking goal in the first half was the foundation upon which this vital away point was won. Cillian has pace to burn and lives for the game. However, he has struggled with niggling injuries. There is nothing more frustrating for a young player. 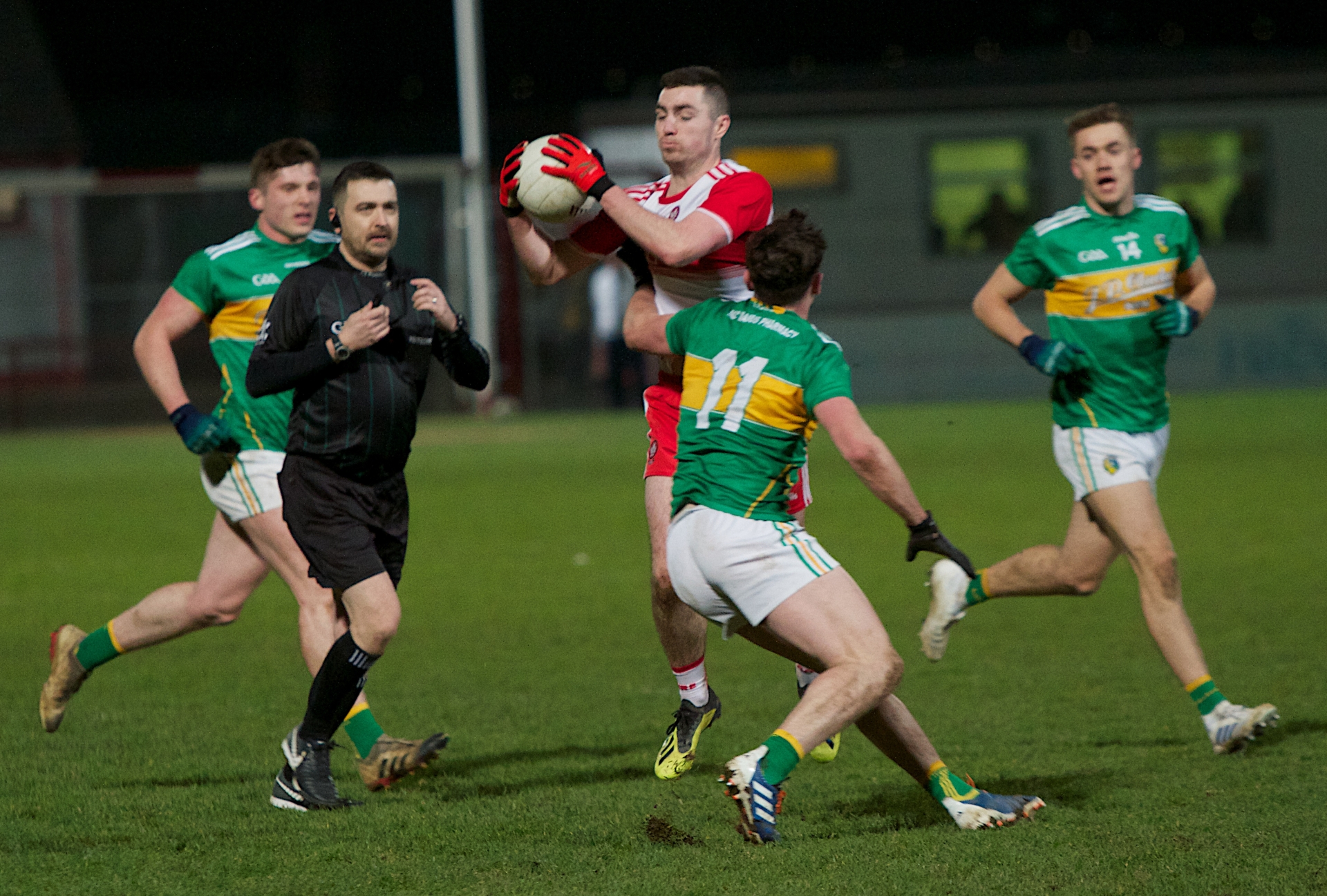 Momentum is essential for form to establish. If he can work on remaining injury free in 2020 then expect him to make a real mark from wing-back, which I feel is the best position for him.

Only two other players got on the scoreboard against Derry – Darragh Rooney and Domhnaill Flynn. Darragh, as I have written before, is the best prospect to come out of the Melvin Gaels club in my time. He has suffered in the past from his versatility but there is no doubting where Leitrim most need him – within striking distance of the opposition goals.

Domhnaill has an eye for a score and he last year matured as a county player, I felt. However, five scorers won’t win too many games in Division 3. This was a real limiting factor for our team in the Noughties and prevented us from stepping up to the next level.

Terry Hyland must empower his players to better share that burden. While Emlyn Mulligan was known for his scoring prowess, many overlooked his ability to bring others into the game. Leitrim 2020 need to fill that void.

Three subs were used in Celtic Park, two in the last two minutes of normal time when quite a few of our players were out on their feet and experiencing cramp. Leitrim should be finishing most games having used a full compliment of subs as we won’t have the physical conditioning of most of the other teams and therefore will have to work harder in terms of distance covered. That takes its toll. 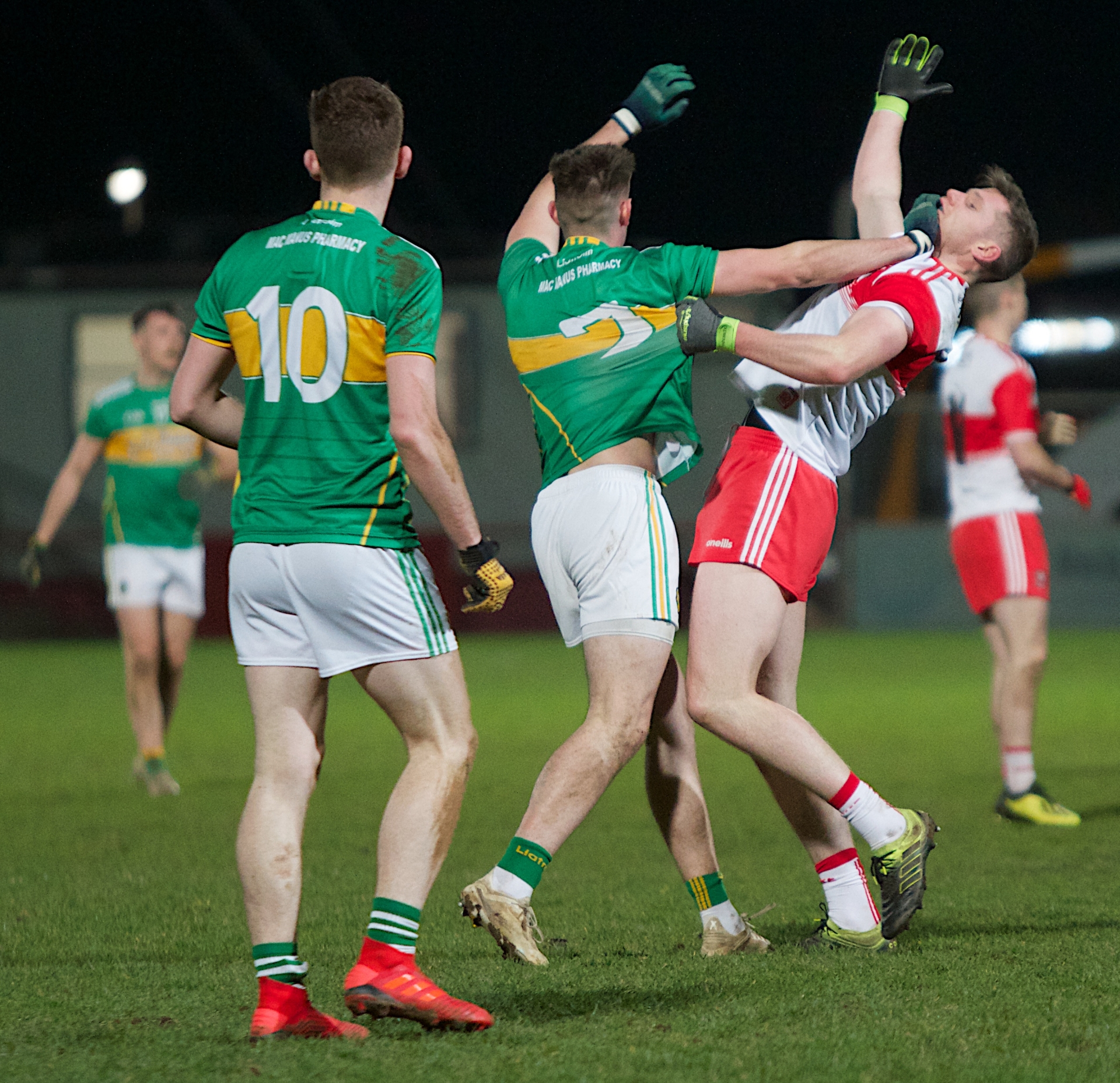 We need to strengthen our bench. I don’t necessarily mean by unearthing new talent (although that is always welcome). I mean those on the fringes of the team need to push themselves to such a degree that Terry has a serious headache in selecting his starting fifteen. They need to target a position and pursue it with abandon.

We need supporters arguing in the stands as to why the likes of Oisin McLoughlin, Riordan O'Rourke or David Bruen are on the bench. We need players asking Terry each week why they didn’t get to start and what they need to do to change that. We need at least five players on the bench expecting to see game time at any moment, watching to see how they will improve our performance when they come on.

This week will be about recovery and mentally preparing the team to raise standards from what was a big performance against Derry. Cork in Pairc Sean is a mouth-watering proposal. I know this Leitrim team have in them the sort of performance necessary to rock the Rebels.