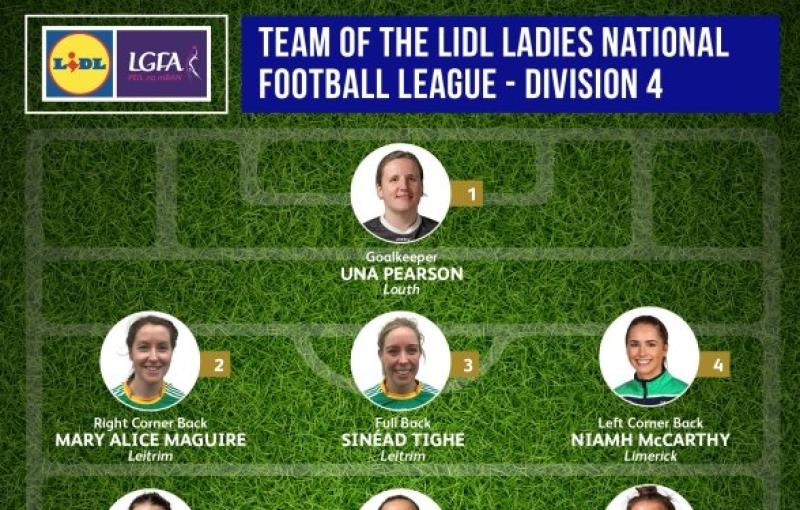 Four Leitrim players have been named on the Lidl Ladies Gaelic Football Association NFL Division 4 team of the year after the honours were announced on Tuesday.

It was no surprise that Division 4 top scorer Michelle Guckian made the team as she topped the scoring charts for all four divisions and she was joined on the team by Kiltubrid teammate Sinead Tighe in the full-back position, Glencar/Manorhamilton's Mary Alice Maguire at corner-back and Sean O'Heslins Laura O'Dowd at half-forward.

Eight Louth players, who defeated Leitrim in the Division 4 Final in Clones, made the team included Player of the Match Niamh Rice and they were joined by two Offfaly players Amy Gavin Mangan and Grainne Egan along with Limerick's Niamh McCarthy.

The teams were selected by the Ladies Gaelic Football Association’s All Star committee and in the Division 1 team, runners-up Cork lead the way on the Division 1 selection, with six players selected. Champions Dublin have five players in the Team of the League, and there are four slots for semi-finalists Donegal.

Champions Meath lead the way on the Division 2 selection, with eight players included. Runners-up Kerry are represented by four players while there are two players from semi-finalists Monaghan as well as a place in the team for Cavan’s long-serving Sinéad Greene.

The full Division 4 team is as follows: 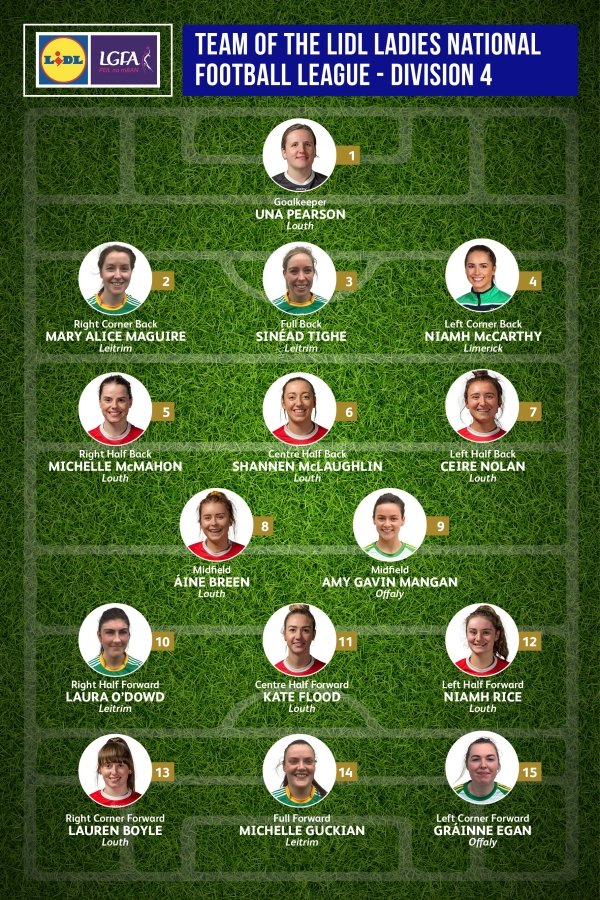 The other teams are as follows: