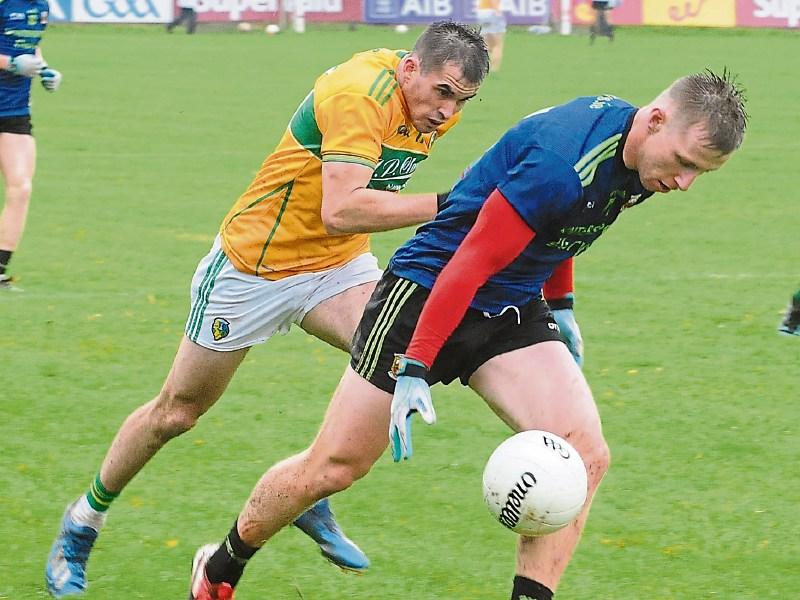 Action from last November's Championship meeting between Leitrim and Mayo - Leitrim will hope to show the battling spirit they did in that game Picture: Willie Donnellan

Maybe it is the pandemic, maybe people are finding it hard to generate any enthusiasm these days or they are more concerned with their own club's future prospects but I don't think I've ever seen three Leitrim teams going into championship with less chatter among the Green & Gold fans than I have in this year of 2021.

Next weekend sees the County Mens and Ladies Senior football teams and the County Hurlers all in championship action but finding anyone showing any excitement around the county would be like finding an instant cure for Covid!

You could tell that there wasn't even a resigned exasperation at Tomas O'Se's remarks on The Sunday Game when he talked about Galway playing in the Connacht Final, a full seven days before Mayo face Leitrim - even when Des Cahill reminded the Kerry legend that Leitrim were still in the competition, you could almost see the raised eyebrow on Colm O'Rourke as if even talking about a shock in Castlebar next Sunday was nothing short of heresy!

Most Leitrim fans I have talked to are only hoping to keep the score down in Castlebar as Leitrim, the last 2020 Division 4 team still in the championship, travel to a venue where they have never won to take on a team they have beaten just three times in 30 meetings!

It is my nature to be optimistic but cautious but everything points to a comfortable win for James Horan's side in Elvery's Mac Hale Park - how comfortable is anybody's guess but last year's Connacht champions made short work of a Sligo team who had seven points to spare over Leitrim in the Allianz League just six weeks ago.

Form, history, every known metric points to a Mayo win but there is something of a dread in Leitrim fans approaching Sunday's contest - Mayo don't do sentiment and the thought of easing up with players battling for their place is an anathema to them. No, they will be going flat out in the hope that they impress their management.

I wouldn't be one to pay heed to rumours or chat flying around the county but the absence of Ryan O'Rourke, confirmed last week by Terry Hyland, is a major blow. The ironic thing is that going forward, Leitrim have some real talent in Darragh Rooney, Evan Sweeney and Keith Beirne and on their day, Dean McGovern and Mark Plunkett can compete with the very best.

The difficult task for Leitrim is to cope with Mayo's superior conditioning and physicality - it told the last November and Mayo will expect to use the power of Aidan O'Shea at full-forward to expose Leitrim's rearguard.

The old hope was that Mayo might take Leitrim for granted but with the way gaelic football has gone over the last 20 years, it is impossible to imagine any of the big counties getting caught out by the old championship shock.

Some will say look at Tipperary, look at Cavan but the fact that those results count as shocks, with the talent and the recent record both counties have over the last ten years, shows you just how rare a genuine championship shock has become - look at the way a good Antrim team was skittled out of the Ulster championship by Armagh last Sunday and that was a Saffron side with momentum and belief.

As much as it kills to be this pessimistic, what I want to see is a battling Leitrim performance in Castlebar on Sunday but Mayo to advance comfortably in the end. 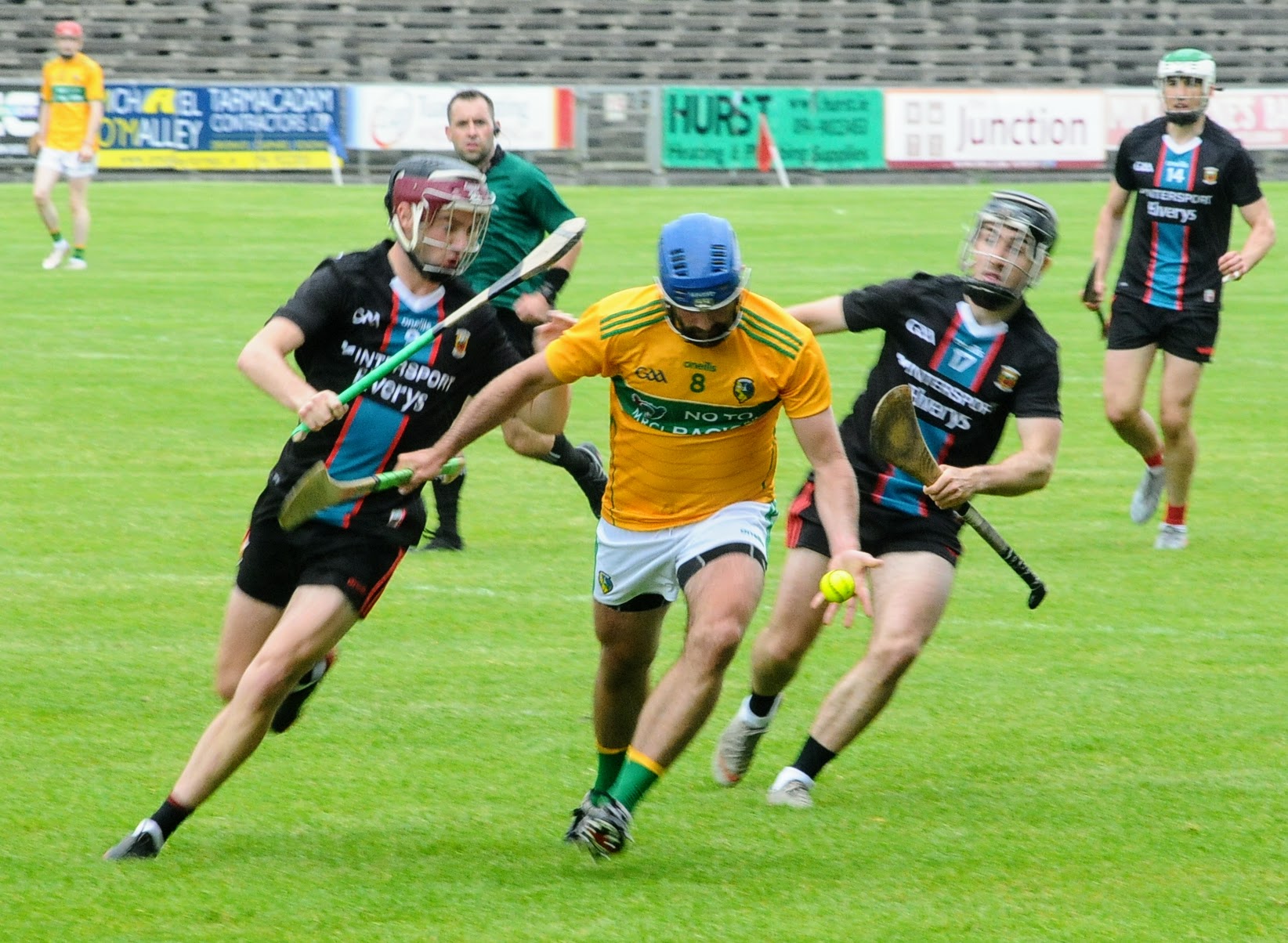 ANOTHER TOUGH ONE FOR THE HURLERS

If there is any team that knows what is ahead of the footballers, then look no further than the Leitrim hurlers who battled and battled away to their last ounce of energy last Saturday in the famed Castlebar venue and still came away on the wrong side of a 19 point defeat in the Nicky Rackard Cup.

Donegal come to Avant Money Pairc Sean Mac Diarmada next Saturday (2pm throw-in) knowing that they must win to avoid the relegation/semi-final playoff. It really is a winner takes all game as a win would send Olcan Conway's side into the semi-finals.

The dreamer in me wonders could the hurlers upset the odds but you have to expect that last year's Rackard Cup winners, a team that was unlucky to lose to Mayo the first day out, will come to Carrick full of fire and brimstone!

Leitrim are under no illusions about the task in front of them but the hope is that the return of Cathal O'Donovan and James Rooney would give the hurlers a massive boos but as they have found this year, the absence of a few of the players who starred last year and a drop in form has hurt them really, really badly.

One would hope that the Mayo game, as tough as it was, will bring on the County hurlers as they clearly struggled with their first touch and securing the ball, the greater pace and intensity of Mayo a big jump up from what they had experienced in Division 3B.

But there is cause for hope - Leitrim suffered a couple of bad losses in the first two games last year before pulling a major win out of the bag against Longford in the relegation/semi-final playoff. Now, I'm sure Leitrim will be going all out for the win against Donegal but the hope has got to be that even if they don't get it, they will take something out of the game for future outings! 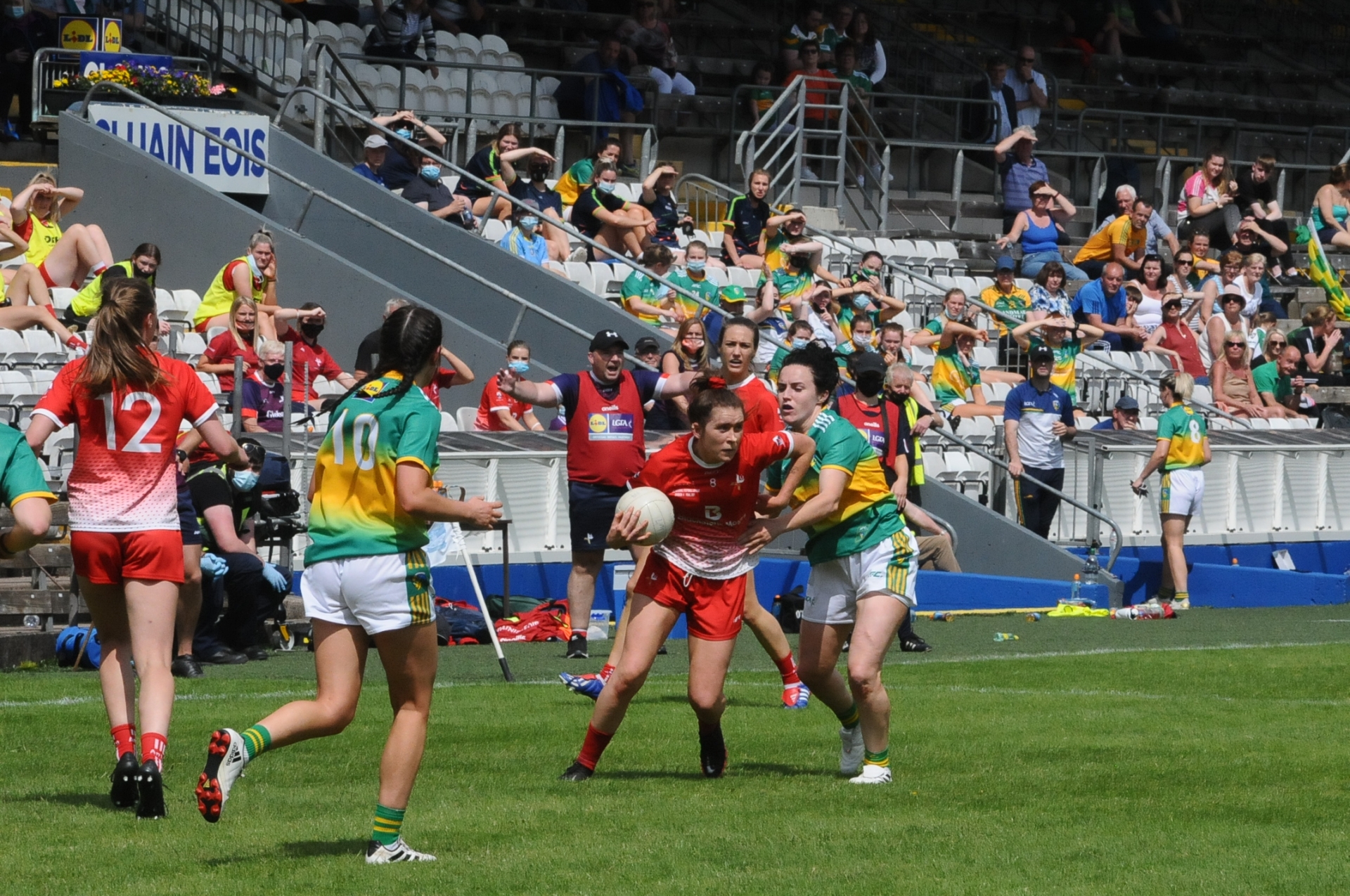 LADIES LOOK TO GET BACK ON THE HORSE

They say if you fall off a horse, the best thing to do is to get straight back on! Leitrim Ladies know that feeling after they got knocked off by Louth in the Division 4 Final, a defeat that has got to rank as an almighty kick in the gut for a team that was so impressive in the lead-up to the final.

On paper, Leitrim are ranked the weakest of the three teams in their group with Fermanagh and Clare plying their trade in Division 3 but the Ernesiders were relegated back to Division 4 so you'd expect that Saturday's game in Ballinamore (2pm throw-in) could decide who makes it to the quarter-finals.

Bluntly put, the Ladies are in a different position than their male hurling and footballer counterparts - they would feel they have a great chance to advance and Saturday's clash with Fermanagh is just the perfect opportunity to get back to winning ways.

Leitrim's forwards never got going against Louth in Clones, Saturday will be a chance to put that right and in Michelle Guckian, top scorer in the entire Lidl Ladies National League, they have a scoring machine amply aided by the superb Glencar/Manor duo Ailbhe Clancy and Muireann Devaney.

The big question the Ladies have to answer is how they will react to that League Final defeat? Leitrim never got going and often times when you think a team will react positively, it goes the other way. Talent wise, Leitrim are more than good enough to compete but they will face a Fermanagh team who expect to win as well, even with their relegation.

Fermanagh are wily campaigners in this grade and nothing will be easy, they defeated Leitrim the last time they met in League football so it would be wise not to take anything for granted. I was 100% sure Leitrim would beat Louth in the League Final but I'm sure Hugh Donnelly's team will have learned from that painful lesson - Leitrim to win.