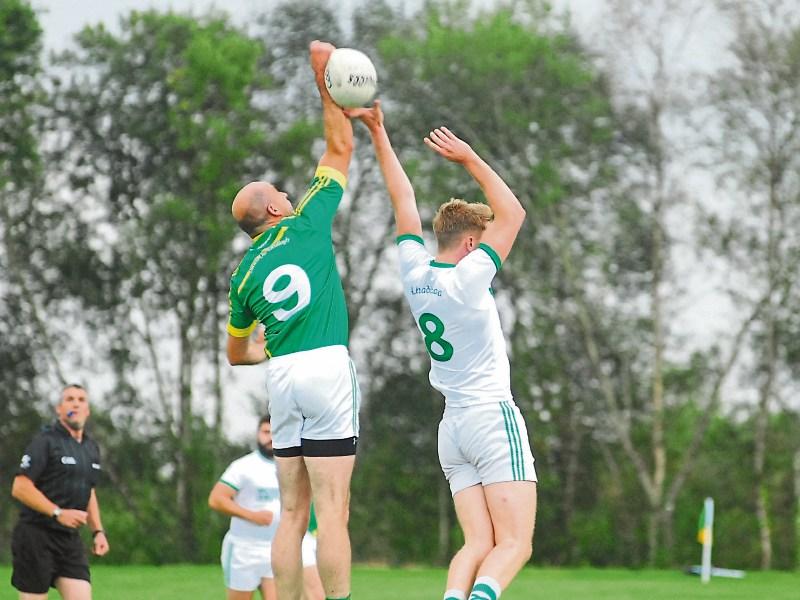 If Mohill's shadow looms over the Senior grade like a foreboding cloud, then this year's Smith Monumentals Intermediate Championship Quarter Finals are more like a lottery for we truly don't know what we will get next weekend.

With no outright favourite for the title, next weekend's four quarter-finals sees eight teams going in with genuine belief that this can be their year - although if you saw what happened to Gortletteragh on Saturday, you wonder if promotion is any sort of prize at all!

The Intermediate grade has long been the most competitive and hard fought in the county and this year looks no different. Having seen seven of the eight quarter-finalists in action, Ballinaglera the only team I missed, I can made a strong case for each of them to be crowned champions.

The task for all eight is now to produce when the pressure is on - there are no back doors or second chances now, it is win to survive and surviving next weekend's games is the only thing right now. We take a look at the games and give our verdict on who might come through!

No excuses: Fans reminded that all club championship games are prepaid tickets as new system is hailed a great success

On paper, and also going from the senior games last weekend, you have to think that St Patrick's Dromahair will have too much for Bornacoola in the first game of the weekend.

Even in defeat, Dromahair impressed me and if they are not getting a lot of scores from play, they are creating chances that Martin Feeney is sticking away. They are sharp, well drilled and well balanced - all the ingredients you need to advance.

Bornacoola showed their Jekyll & Hyde nature in the win over Carrigallen but they will be praying that Damian Moran will be able to get around the field. The former county man is a match winning talent but if Dromahair tie him up, you wonder where their scores are going to come from.

Dromahair have good pace around the field and they were able to rest a few players for their final game. Martin Feeney may be their top scorer but watch out for James Clinton and Gary Fowley to have an impact.

Dromahair will, quite rightly, will go into this game in a confident frame of mind. I've got to say that the never say die spirit of the Bors caught the eye but I think Dromahair may just have too much for them in a game that will be close but still a win for the north Leitrim men.

I've decided I'm going to give myself one game a week where I say I don't know - this one is it! 2020 finalists Annaduff have blown a bit hot and cold but when they get moving, few will be able to live with their mobility and pace and hunger. Their win over Dromahair wasn't perfect but they were without Ray Cox and Alan Glancy and that is a big loss for anybody.

Conor Reynolds looks to be getting back to his best after an injury spell, their midfield did well and Annaduff have enough stored up knowledge to get through tight games and if they get on a run, this will be hard to call.

Drumkeerin were the first to admit that they rode their luck against Aughavas in the final group game but you've also got to say that had they taken even half of their missed chances, they would have cruised to a comfortable victory.

Drumkeerin are as tenacious as ever, mobile, solid defensively and in Jamie Langan, Cathal McCauley, Daniel Maguire and James Gallagher, they have players capable of getting the scores. Expect big performances from stalwarts Aidan Dolan & Darragh Flynn too.

Verdict wise, one moment I can't see past Drumkeerin, the next Annaduff are red hot favourites in my mind. I have a sneaky suspicion Drumkeerin could just do it but I'm pleading the fifth on this one!

Goals do the trick for Drumkeerin

Having not seen Glera in action this year, tough to get a fix on them but their form hasn't been great and ultimately a late win over Aughnasheelin saw them through to the quarter-finals. It doesn't bode well for them after big defeats against Annaduff and Kiltubrid.

Bore down into the games a little bit more and you see that Ballinaglera were competitive in a lot of those games but couldn't finish it out. A small improvement allied with their traditional commitment means Ballinaglera are able to cause a shock against most teams.

But Drumreilly are not most teams - they are just down from the Senior grade and retain some of the best footballers to wear the Leitrim jersey over the last 30 years. They are also hopeful that an injury crisis that has plagued them so far this year is finally clearing up.

But it is injuries that can derail Drumreilly - the loss of one or two players would be a huge blow. However, you still think that a driven Drumreilly can match the intensity Ballinaglera will bring to this contest and the fact that their lowest score of the campaign is still better than Ballinaglera's best tally shows where this game will be won and lost.

Conor Gaffney is a potential match winner but look to their veterans to control the battle in the middle of the park. Drumreilly have had to deal with the favourites tag all year and it is hard to see beyond them on Sunday.

Another game to get the neutral excited and one that I'm equally torn about who will emerge with the victory. Both have really impressed me in this competition so far and whoever comes through this will have legitimate claims for the title.

Aughavas have been running up big scores this year and the manner of their Junior A Final victory has been carried into the group stages only for Fintan McBrien's team to suffer two narrow losses to Drumreilly and Drumkeerin.

I wouldn't be throwing the baby out with the bath water if I was Aughavas right now but there are legitimate concerns ahead of this game with an injury to Fintan Gallogly multiplying the loss of the suspended Paul Bohan.

Bohan is the anchor of the Aughavas defence and for a team that has conceded seven goals in four games in the group stages, it could leave them vulnerable on Sunday. Perhaps they might have to rein in their attacking instincts to clog up the attacking lanes.

Kiltubrid's only loss of the campaign was a narrow one against Dromahair and they have been rejuvenated by the influx of young players like Barry & Danny McWeeney, Fionn O'Brien and Conor Prior and it has had an immediate impact on a team that has struggled to make a big impact over the recent years.

There is definitely a much more positive outlook coming from Kiltubrid these days and apart from the loss to Dromahair, they have show huge resilience to get results against Annaduff, coming from a long way down to force a draw, and holding off an Aughnasheelin battling for their lives.

If Aughavas had a fully fit Gallogly and Bohan available, I'd go for them. In Seamus Sweeney, they have a potential match winner but I've got the feeling that Kiltubrid are building up momentum and they should emerge here.

When the championship started, I'd have given long odds that these two teams would be here. Carrigallen, semi finalists last year, handed Drumreilly their only defeat and Aughnasheelin were just off the back of a good performance in Division 2 Final. This could come down to who is available, who is carrying injuries but more importantly, it could come down to attitude.