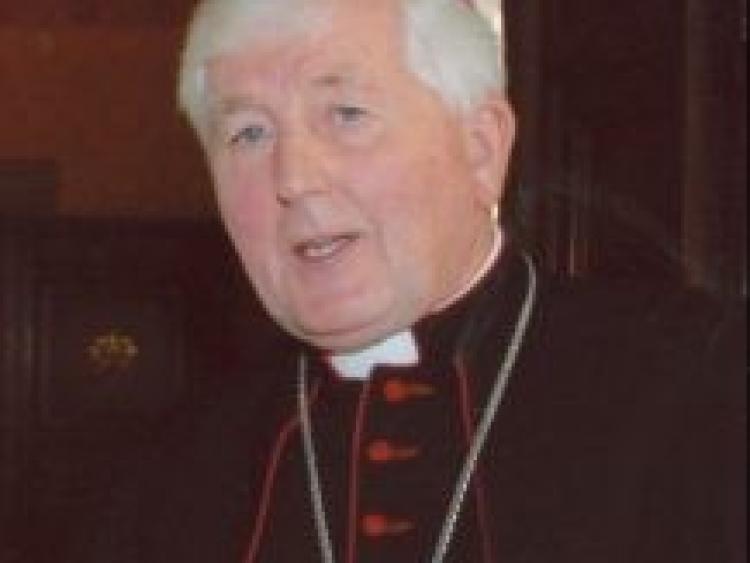 Requiem Mass for Bishop Christopher  Jones will be celebrated at 1.30pm in the Cathedral of Immaculate Conception, *** today Tuesday, May 22. Burial directly after Requiem Mass in Cathedral grounds.

Tributes have been paid to Catholic Bishop Emeritus of the Diocese of Elphin Christopher Jones who died on Friday aged 82.

A native of Rathcroghan, County Roscommon, he was educated at St Patrick’s College, Maynooth and ordained a priest on June 21st 1962.

Catholic Primate of All Ireland Archbishop Eamon Martin described him as a much loved bishop.

“Fifty-six years of priesthood, and twenty-four years as a bishop sums up a life of commitment, fidelity, service and love for the people, religious and priests of his home Diocese of Elphin.”

Bishop of Elphin Kevin Doran thanked those who cared for Bishop Jones during his illness.

“The death of Bishop Christy is like the loss of a grandparent. Up to the time of his retirement in July 2014, he worked tirelessly in the service of God and of the people of God, in this diocese and further afield.

“He will be remembered by many for the way in which he put flesh on the Gospel through his care for and friendship with those who were poor and most at risk in our society.”

The late Bishop Jones was a founder member of the Council for the West and was a passionate advocate for Western rural development throughout his life.

The Diocese of Elphin covers most of Roscommon including Boyle, Ardcarne and Croghan parishes.