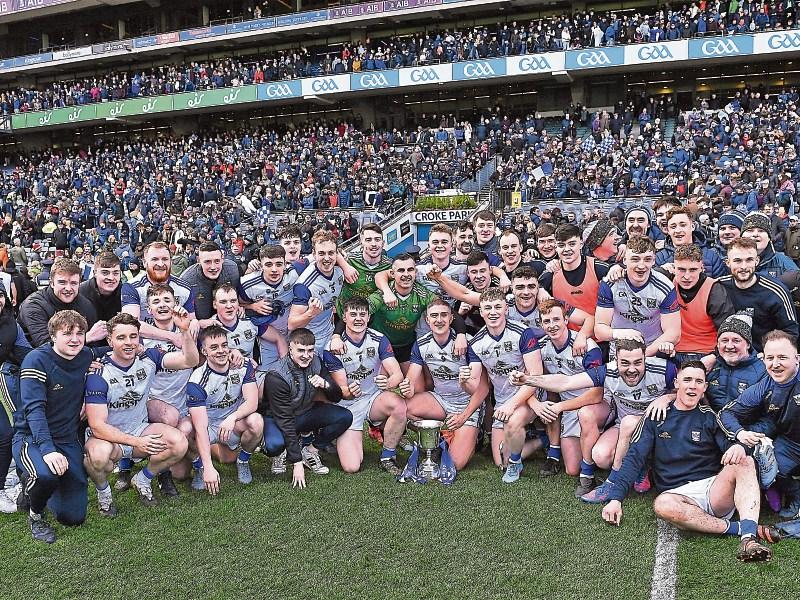 Tough weekend if you're a Leitrim fan when you see the neighbours celebrate national success. Even tougher to suppress the natural feelings of envy that must have bubbled up when you see Roscommon, Cavan and Offaly Ladies claim League honours with the Green & Gold looking on helplessly from the outside.

It's one of those motivators - the sight of a rival enjoying success causing a burning resentment in your belly - a desire to achieve what they've achieved and perhaps even a little jealously to see your rivals feted and celebrated in their moments of triumph. In fact, I'd go so far to say it is one of the prime factors propelling both players and supporters all over the country.

The sight of the Rossies whooping it up after beating Galway in the Division 2 Final on Sunday in Croker only capped off a frustrating weekend as our mens and ladies teams can't help but have wondered “that should have been us.”

I'm a great believer that the League table never lies - it is why you won't get any argument from me about the Dubs getting demoted this year, they got what they deserved while whatever nerves I have left are being frayed by the Toffees right now as Everton battle to avoid the drop out of the top flight of English football for the first time since 1951.

The Toffees have spent all but four years of their existence in the top flight, the most of any club in England, and have had some close shaves that defy logic over the years, so bizarre that you'd accuse someone of fiction if they told you the stories of how Everton avoided the drop in 1994 and 1998.

But the cold hard truth is that none of that proud record matters a jot if Frank Lampard's team head through the trapdoor to the championship at the end of this season with the future of the club in real peril if that happens, such is the mountain of debt at the club. Everton have to win their way out of trouble and it is in their hands.

That's probably why last weekend's League fixtures felt so frustrating for this Leitrim fan because for so long, promotion and a place in the League Finals were definitely in the hands of both mens and ladies football teams and the county hurlers!

The Ladies were a team on a mission this year after the disappointment of the 2021 Division 4 Final and so impressed was I by their early season form and demolition of Roscommon in the Connacht Intermediate Final last December, that if I was a betting man, which I'm not, I'd have put a boatload of cash on Hugh Donnelly's team to run through Division 4 this year and head into the championship with a League title under their belts.

But then Leitrim ran into an Offaly team in the League semi-finals who simply refused to be beaten. I don't know if it is any consolation but seeing Offaly recover from conceding three first half goals in the final last Sunday against Limerick suggests the midlanders are a team on the up.

Talk to anyone at that semi final and there is still burning frustration over the decision not to award Leitrim a penalty but few will disagree that Offaly were the better team on the day.

Was that League semi-final defeat simply an off-day for the Ladies or something deeper? Hard to know at this point but what I do know is that Leitrim haven't long to find out with a trip to Ballintubber in Roscommon on Good Friday to take on the newly crowned Division 3 champions in the first round of the Connacht Intermediate championship, although I'm not sure you can call it Connacht anymore! 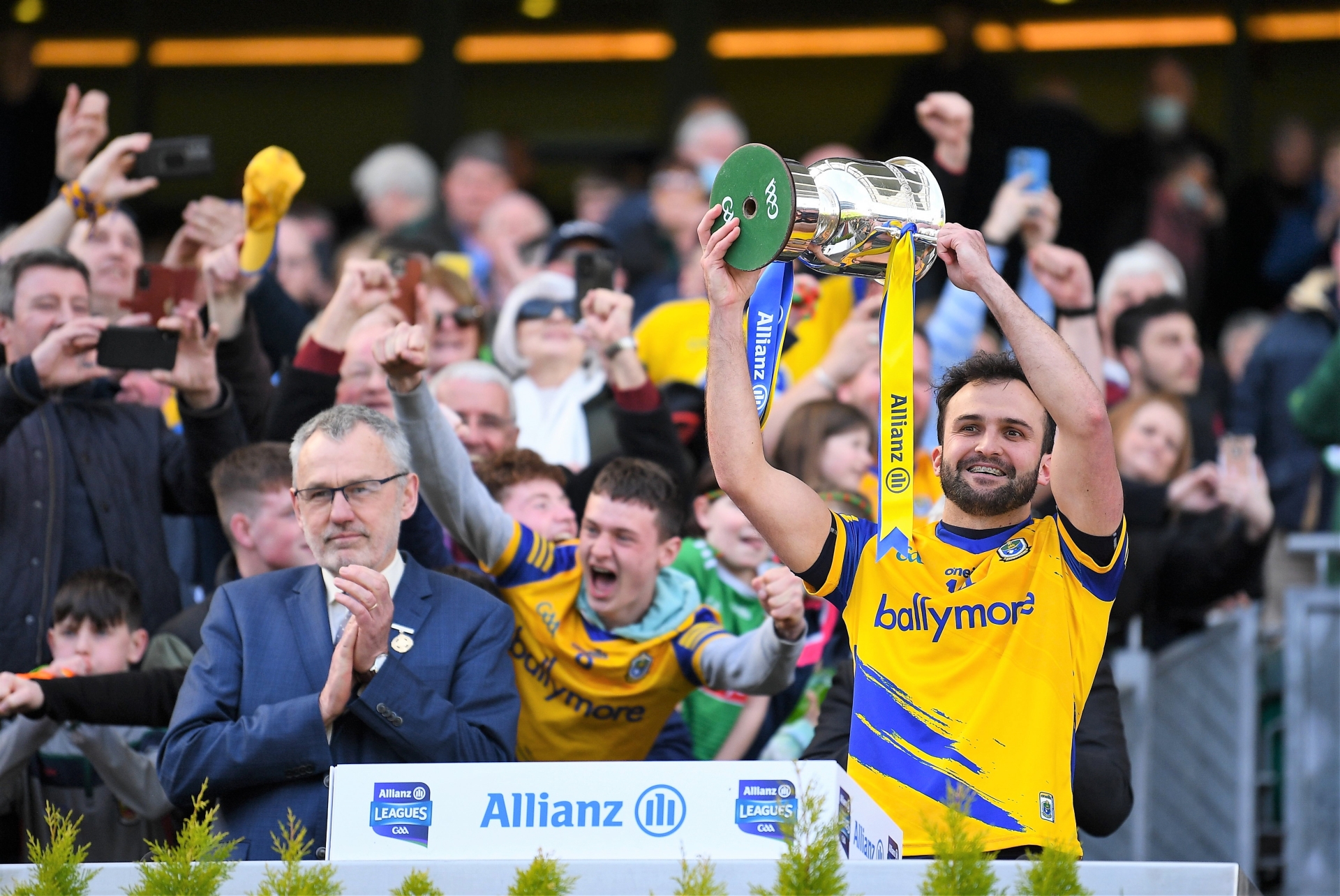 That's because Clare, with no team to compete against at Intermediate level in Munster, now make up a four team competition along with Leitrim, Roscommon and Sligo. All three play their league football at a higher level than Hugh Donnelly's team but as they amply demonstrated last year, this Ladies team are capable of turning things around when their backs are against the wall.

Raising the stakes even higher is the fact that Clare and Roscommon will both be out for revenge but if the ladies can rediscover the self-belief as much as form that they showed in those two games, anything is possible.

For Andy Moran's senior men, bewilderment has got to mix freely with frustration as they witnessed Tipperary come within the width of the crossbar from defeating Cavan in Saturday's Division 4 Final in Croke Park, unbelievably bringing to an end a 70 year wait for Cavan to lift a trophy in GAA headquarters - I guess you could call that first world problems!

If you are the fatalistic type, you'd say the two promotion spots went to form, the 2020 Munster and Ulster champions going straight back up after their surprise relegation last year.

But if you were one of the lucky Leitrim fans in FBD Semple Stadium on February 6, then you've got no notion of how the Premier county made it to Division 3 ahead of Andy Moran's side after Leitrim well and truly filleted them, the eight point winning margin not a true reflection of the gulf between the teams that day.

Maybe the manner of the defeat gave David Power's side the proverbial kick up the backside they needed and maybe luck played its part too, the postponement of their clash with Wexford giving them more time to get back on an even keel. But that seems to be the story all throughout the League - talk to Carlow, Wexford and Waterford fans and their tale of woe matches that of Leitrim.

Cavan were judged by their own fans to be desperately lucky to see off Carlow and Wexford while Waterford were denied a win over Tipperary in the first round by a late, late equaliser - a victory that would have seen Leitrim and Sligo back in the hunt.

Leitrim's tale of woe from the 2022 Division 4 campaign centres almost entirely on the London game, a defeat exacerbated by the fact that the two meet again on Easter Sunday in Ruislip in the first round of the championship.

The whole palaver over the switch of venue to the Connacht GAA Centre of Excellence adds to the frustration of Leitrim fans as hindsight dictates the Green & Gold made a mistake in moving the game from Avant Money Pairc Sean Mac Diarmada, as if the venue would have won the game on its own for Andy Moran's team.

The one chink in that frankly pointless argument that Leitrim had their own fate in their hands - had Keith Beirne's injury time piledriver gone the other side of the post, we wouldn't be having this conversation at all. It also neglects to mention that Sligo were still in the hunt and as we subsequently saw, nobody could guarantee a victory in Markievicz Park!

You tend to get what you deserve over the course of a League and London deserved their win and their subsequent performance against Cavan and Tipperary give good cause for Leitrim fans to fret about the game on Sunday week.

If any Leitrim team didn't get what they deserved in the League, it was the County hurlers - brilliant early season form was derailed by injury and illness with one point losses against Fermanagh and Longford who went on to contest last weekend's Division 3B Final.

Perhaps there is one plus to Olcan Conway's side not reaching the Final is that they finally have a bit of time to rest and prepare for the Lory Meagher, a competition that gets underway this Sunday in Avant Money Pairc Sean Mac Diarmada.

They face Longford once more, the third time over the past four weeks they'll have taken on their neighbours and if ever a team deserves a bit of luck, it is the hurlers. Joe Murray being available is a huge boost but no more than any other Leitrim team, they'd love a bit of luck on their side too!