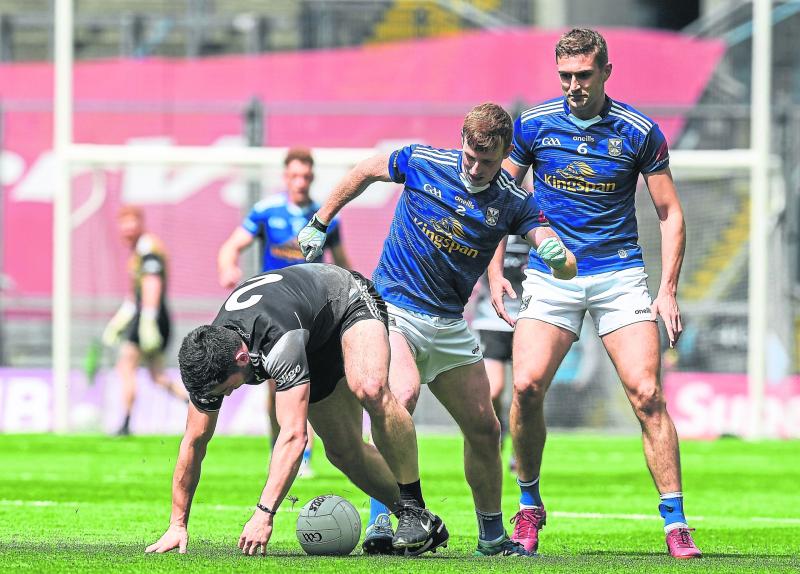 Croke Park was the place to be last Sunday if you needed proof that the GAA world might just finally be embracing the idea of fair and meaningful competition at inter-county level as the Tailteann Cup arrived, and arrived in style!

With the naysayers evoking memories of the Tommy Murphy Cup, dubbed by critics as the Tommy Cooper Cup (a reference that the older generation will definitely get but which younger readers will struggle to understand), or the All-Ireland B competition, it seems that after years and years of mismatches and beatings, the GAA world is finally beginning to see the light!

Honestly, there was always an appetite for a Tier 2 competition but it was scandalously undersold and badly marketed. Naming it a B competition is never a good start, playing it in the depths of winter or restricting it to just eight counties in Division 4 was a blueprint for failure and previous iterations suffered from apathy and a strange sort of arrogance where everyone believed they were too good for a “B” competition.

Lest anyone doubt it, a properly promoted second tier competition was always going to be a hit - just ask the Leitrim players who reached the 2006 Tommy Murphy Cup Final against Louth and in spite of a heavy defeat, it remains one of their greatest memories of playing in the Green & Gold.

The 1990 All-Ireland B title was a vital stepping stone for a Leitrim team who went on to greater things a few short years later so maybe the problem wasn’t with the competition but rather with our acceptance and understanding of what such a competition can do.

It took a radical revamp of how the All-Ireland Championship is decided for the GAA world to finally come around to the idea that counties like Leitrim, counties like Cavan & Sligo, Offaly & Westmeath deserve a chance of success just as much as the Dubs or the Kingdom, the Mayos or Tyrones.

This year’s competition wasn’t perfect - the one and done was brutal, the north-south draw was lopsided and the schedule of games tough but for counties and their fans who engaged with the competition, the Tailteann Cup was a rip roaring success.

With a rare free weekend, I took myself up to Croker last Sunday in a strange sort of what might have been experiment, wondering what it might have been like had Leitrim been there instead of Sligo and gauging the excitement levels of the fans in an absolutely jam packed lower Hogan Stand.

There was local interest too - Cavan’s Jason McLoughlin donned the Green & Gold many moons ago with the Leitrim Vocational Schools team, albeit as a high scoring forward rather than the lockdown defender he has become while Gearoid McKiernan, man of the match once more, played his schools football with Ballinamore.

Sligo’s Nathan Rooney is the son of 1994 legend Aidan, basically Leitrim GAA royalty, while young Cathal Flynn of Offaly, scorer of a cracking goal for the midlanders, is the grandson of the greatest of them all, the never to be forgotten Packie McGarty!

So lots to enjoy from my “neutral” perspective - except of course, I wasn’t really neutral! You can't be neutral when your Mam hails from Ballinagh in Cavan (which is definitely not to be confused with the town in Mayo) and the names John Joe Reilly, Gabriel Kelly, Ray Carolan and Charlie Gallagher were as familiar to me as those of the Dubs when I was growing up in Finglas.

That Cavan connection was strong - Simon Deignan, a member of the mythical 1947 Polo Grounds team, had a bookshop in Finglas Main Centre so that was where we got our school books. The fact that current Dublin great Jonny Cooper is a grandnephew of the legendary Cavan star is another reason why Cooper is one of my mam’s favourite players!

So it’d be stretching the truth to say I was neutral last Sunday. I wouldn't have been sad had Sligo won, it would have lent more weight to Leitrim’s display a few weeks back in Pairc Sean but I'll admit I was happy to see the Breffni blues back on top. But sitting there as a sort of half-neutral, it was illuminating to observe the reactions of the fans who thronged the lower Hogan.

All four brought sizeable enough crowds with them but there were subtle differences - Sligo probably brought the biggest number of young fans and their excitement was palpable but Offaly weren't far behind. Every score was greeted as if it was a winner and their enthusiasm shone through but you got the feeling that Sligo and Offaly fans travelled more in hope than expectation.

Cavan’s fans were that bit more restrained, that bit more ‘we’ve seen this all before’ but that sangfroid dissipated as the game wore on, Sligo’s fightback raising blood pressure levels considerably! Cavan were just about the better team but crucially they played like they believed it - they were the favourites, they knew it and so did Sligo.

It wouldn’t have taken much for Sligo to win but as they have been all season, Tony McEntee’s side were guilty of some atrocious finishing and you've got to wonder what might have been had they had a fully fit Niall Murphy started - sitting virtually on the 21 yard line, I got an up close view of what the Sligo man brings to the party and suffice to say, I was glad Murphy wasn’t fit enough to line out against Leitrim in Pairc Sean.

The second game followed the pattern of the first - a visibly young Offaly, backed by an energised fanbase, displayed coltish enthusiasm and boundless energy, perhaps too much energy as they needed a touch of icy in their veins in crucial moments. Westmeath are that bit more experienced and it showed but long term, the Tailteann Cup was very good for an emerging Faithful side.

Truth be told, the second game was much less intense as it struggled to match the pace and physicality of the Cavan Sligo contest. I don’t know what it looked like on TV but there was a visible gulf between the quality of the two games. That should make Cavan hot favourites for the Final but, applying GAA logic, that probably gives Westmeath the edge!

Speaking of TV, there was more Leitrim involvement last Sunday with Keith Beirne’s presence on RTE’s expert panel and, judging from the comments, the Mohill man was a big hit. It was a welcome departure for the national broadcaster as the normal tone for the Leitrims of this world is either scorn, condescension or pity - all of which can make the blood boil!

RTE's decision to bring in Beirne, Laois' Ross Munnelly and Longford's Mickey Quinn gave an authenticity and freshness to their coverage. Pat Spillane is far from alone in admitting that he never gave much thought to Division 3 or 4 teams until his son started playing with Sligo but in launching the Tailteann Cup and investing in it, the GAA and the National media are finally waking up to the stories and heroes that exist in each and every county. If only for that, the Tailteann Cup is a great success.

Leitrim GAA lost one of those unsung heroes on whom the organisation is based when Pat Egan (inset) passed away last Sunday. The Fenagh man put his shoulder to the wheel for the GAA, be it as a referee, working behind the scenes on various committees or as a match day steward at Pairc Sean and numerous other venues around the county.

Pat loved a chat about football and everyone associated in any way with Leitrim GAA will miss his presence on match days. To his son Enda, who followed in his footsteps with the whistle, wife Phil, daughters Marian & Edel, his extended family and Pat's many, many friends, we offer our deepest sympathy at this sad time.

May Pat Rest In Peace.