The results are in! Thousands of votes recorded as first round of Leitrim All Time Greats throws up a few surprises!

The race is on to find Leitrim's All Time Great 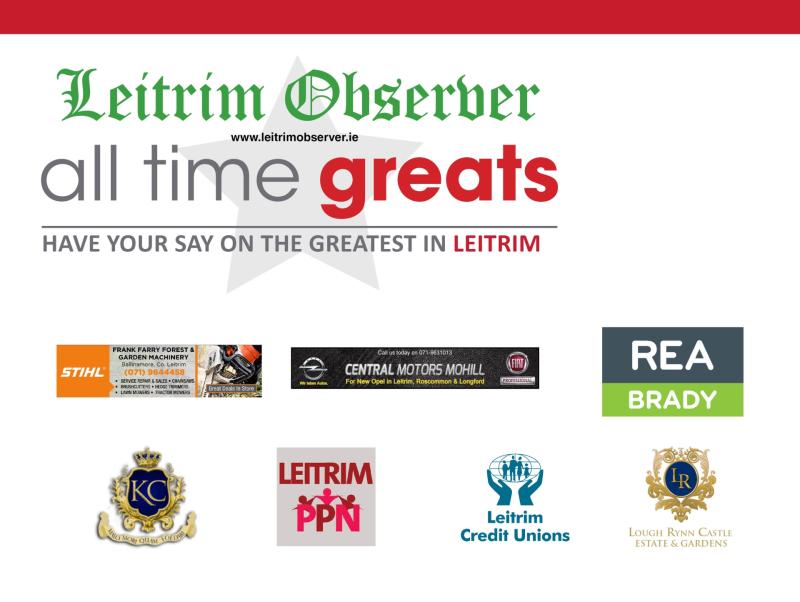 The race is on to find Leitrim's All Time Great

There was a phenomenal response to the polls in the  first round of the Leitrim All Time Greats as people voted in their droves to select who should go through to the next round.

There is no doubt that this has captured the imaginations of Leitrim people with support coming from near and far for the shortlisted candidates and there were a number of hotly contested polls.

One of the tightest contests was between traditional musician Ben Lennon and former TD and Vice President of Sinn Fein John Joe McGirl. In the end, it was Ben Lennon who shaded the public votes securing  54% of the vote compared to 46% for John Joe McGirl.

One of Leitrim’s favourite sons Charlie McGettigan was pitted against GAA great and noted raconteur Tommy Moran is a contest that attracted a huge number of votes with  Ballinamore’s Tommy Moran coming through to the next round.

From Galway to Graceland, Eleanor Shanley is one of Leitrim’s best known singers and she was pitted against two time Olympian Drumreilly’s Eddie Leddy but the Keshcarrrigan woman stayed on track to win through to the next round.

Poet and satirist Susan Langstaff Mitchell would take her defeat to Jimmy Gralton in good humour - she might have even written about it! The Carrick-on-Shannon woman was up against Gralton who is famous for being the only Irish man ever deported from Ireland. His life was the subject of a film by Ken Loach, 'Jimmy's Hall' released in 2014 and the subject of a play last year.  He will be a tough one to beat as the weeks progress.

Two of the county’s best known writers Seamus O’Rourke and John McGahern were pitted against each in the first round of the poll.  Two very different genres but both with a gift for capturing the world around them. Seamus O’Rourke has had the country in tears of laughter on a regular basis as his unique commentary on events in Ireland have gone viral on countless occasions.

But in the end it was  John McGahern, renowned author who stormed ahead into the second round.

Olympian Frances Cryan, whose 1980 Olympic Games in Moscow was last year recognised as Leitrim’s Greatest Sporting moment, was was the first female rower to represent Ireland in the Olympics and came agonisingly close to reaching the final of the single sculls, missing out by 15 hundredths of a second. She was pitted against another sporting legend Padraig Griffin a former Olympic coach and President of Bord Luthcleas na hEireann, in what was a very tightly fought contest, running neck and neck all week. In the end Frances Cryan pulled ahead and stayed on course to Round 2.

Packy McGarty , GAA great and widely regarded as one of the very best footballers to never have won an All-Ireland Championship, found himself pitted against Kiltyclogher’s most famous son, Sean MacDiarmada, the brains behind the 1916 Easter Rising. It was always going to be a tough contest but it was MacDiarmada who captured the votes and won through to the next round.

The final poll saw two Leitrim legends from very different fields pitted against each other.  Carrigallen woman Margaret of New Orleans (Margaret Gaffney Haughery) devoted her life to the children of New Orleans, running two orphanages and a coffee shop from where the city’s poor were fed.

Tom Gannon gave a lifetime of service to the GAA. He was the first Leitrim man to lift the Nestor Cup and  captained Leitrim to Connacht Championship glory in 1927 when they defeated Galway on a scoreline of 2-4 to 0-3.

Margaret of New Orleans won this polls by a fine margin but Tom Gannon’s service to his county will never be forgotten either. Two Leitrim legends.

Going through to the next round:

We will announce the draw for the second round this afternoon!! 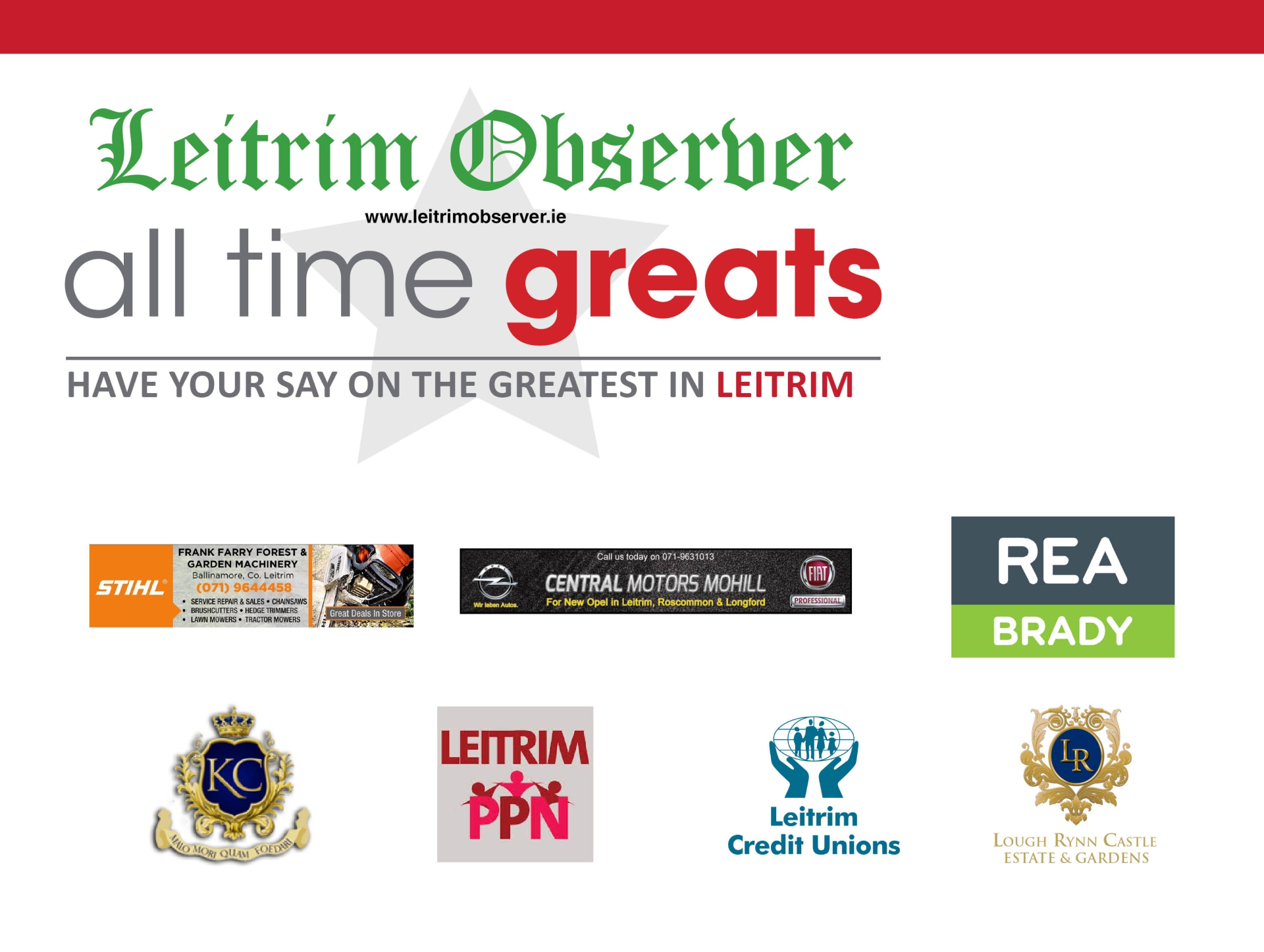